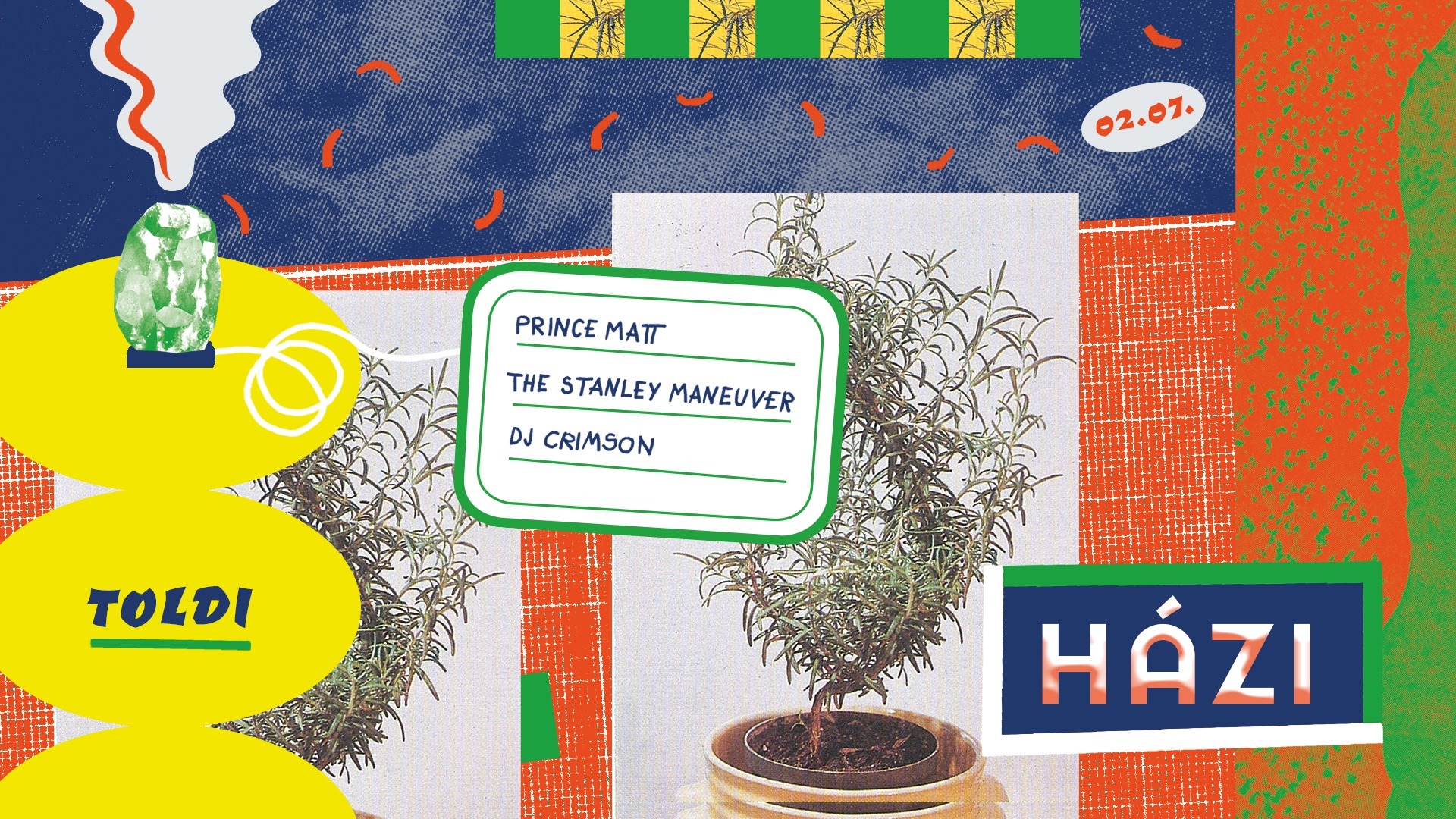 As usual the night will be opened by a close friend of the team. This time around our choice fell upon new-school upcomer Prince Matt. As a member of the Torso crew he’s been supplying the local scene with forward-thinking international bookings, and some of the realest illegal parties. Furthermore, he’s pushing the musical boundaries in LÄRM and Központ with his Cliché Bodies party series.

Following the fresh-eyed opening we have two local legends taking the stage, players who we have a lot to thank for the current state of the underground in Budapest. The Stanley Maneuver accepted our invitation to light up the room during prime time. We have a lot of world-class musical experiences to thank him for in this city, through his work as a curator for LÄRM, Kolorádó festival, and ELECTRIFY. He also provides much needed dimensions to the city with his contributions on the Kimitrak and Mödanszié nights.

Then we have DJ Crimson arriving as the breaker of dawn with a twisted psycho closing set. In the past two decades he’s been a key contributor to the scene with his role in entities such as ikz, Lick the Click!, Dansmusiq, Szép Booking / Férfimunka, A Császár új ruhája, Kimitrak, as well as the club-life of LÄRM, and his persistent guidance Deep Record Store. We’re taking a peak into the left-field for a night with this emblematic trio.