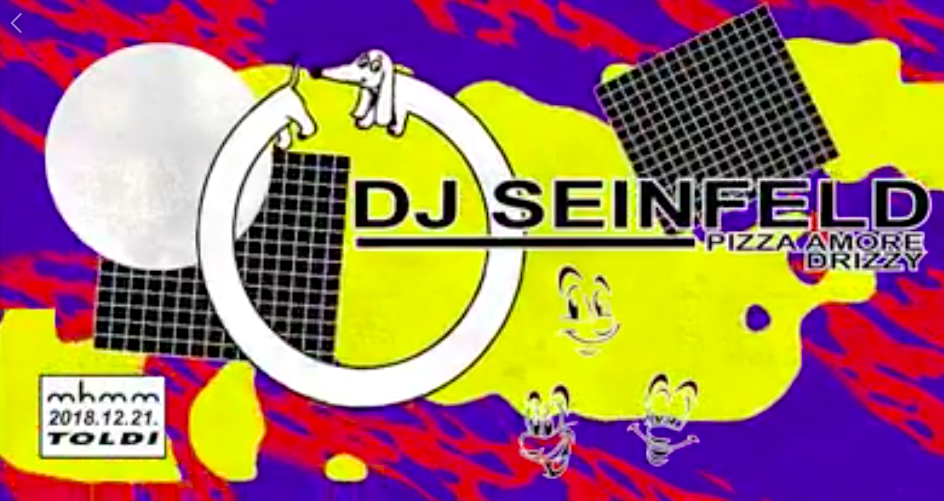 DJ Seinfeld is a truly special artist for us. He was one of our first bookings in May of 2017. We had a strong connection to his music already that spring, but seeing him travel the world and having the effect on the electronic music scene that he has, the bond became much stronger. We feel as if he is a soul-mate of ours in this renaissance of house music that we love. We are overjoyed to have him back.

DJ Seinfeld
Since his beginnings under this moniker, with emotional lo-fi house bangers such as 'U' and 'Time Spent Away From You' circulating the interwebs, Seinfeld has been on a steady rise in the world of electronic music. We see him as a colleague a frontrunner of the resurgence of house music, so it has been a pleasure to watch his journey from releasing his honest and daring debut album:
open.spotify.com/album/4HhdC1y4XOl56QnyEWhjDF
To being selected by Rolling Stone as one of the Top 20 electronic albums of 2017.
Then being asked to curate an album for the legendary DJ-Kicks series:
open.spotify.com/album/52i8GimMBmGcjxKnWEKIyr
It has been a vibe and a huge motivating factor to see him grow as we do the same.
This is going to be a special one for the culture, for more traxx:
soundcloud.com/dj-seinfeld

Pizza Amore
This is a particularly sentimental night, not just because we are welcoming back Seinfeld, but because it was at his debut last May that we met the Pizza Amore duo for the first time. Since then we have been pushing the local scene together, they have become our main residents, and our good friends. So it is only right that we have them take over after Seinfeld just like last time.
soundcloud.com/pizzaamore

Drizzy
Although last year he wasn't brave enough to have an official DJ name yet, or to make it known that he was warming up, and so it's only right that this year our main curator Drizzy will be setting the mood again before Seinfeld. He will be preparing a selection of tracks that signify the true house music vibe that we see as our mission at mhmm.
soundcloud.com/mhmmmmmmmm