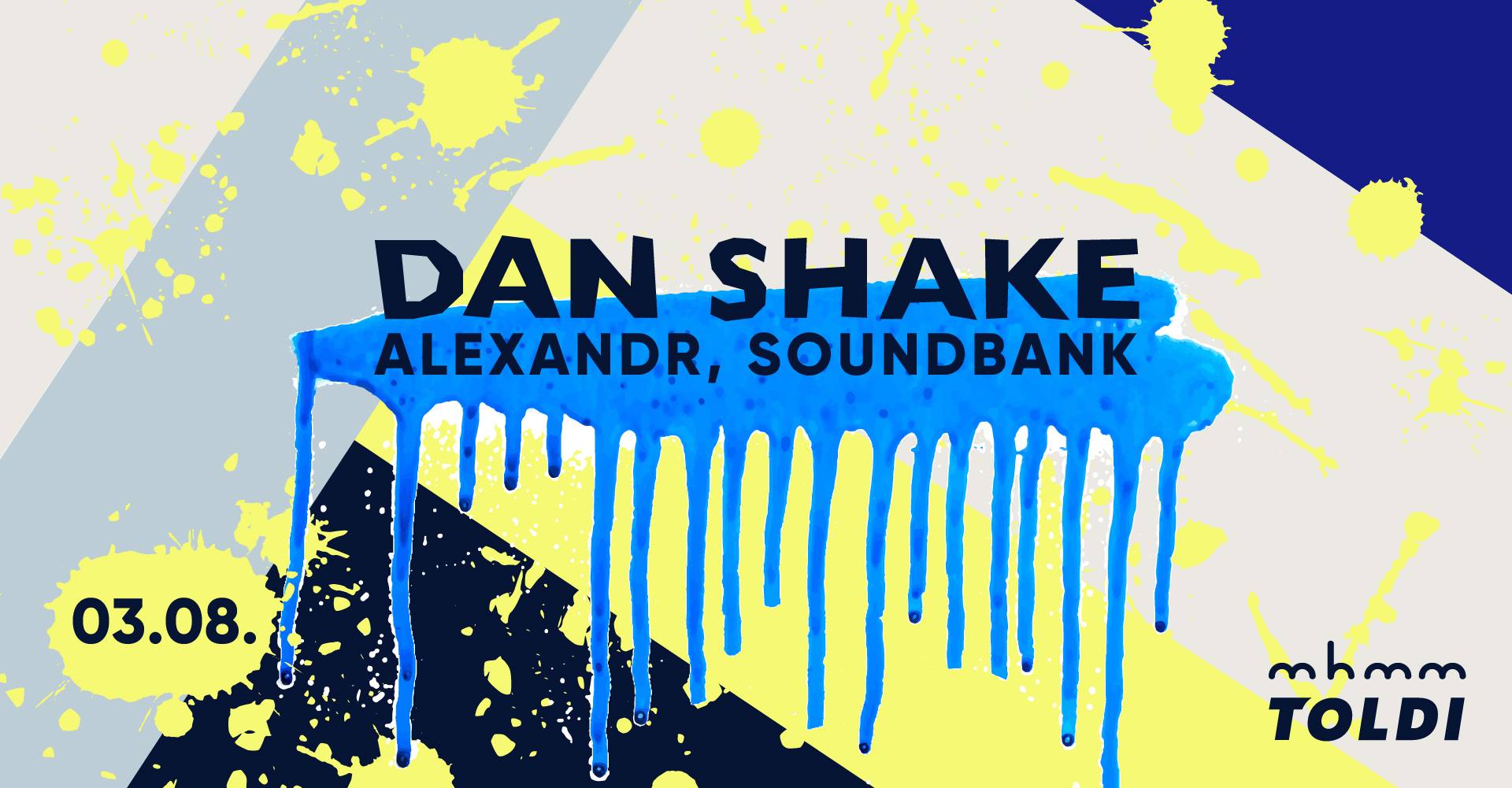 Dan Shake has been making his mark on the world of dance music in the past couple of years with his funk touched productions and excquisie DJ sets. Parallel to being a refined selector, he has been releasing records with impact since 2014. His debut “3AM Jazz Club” on Moodymann’s Mahogani Music:
youtube.com/watch?v=8rV19x2Mj0o

Since then he has released a string of delightful cuts on Shake and elsewhere:
soundcloud.com/danshakemusic/sets/shake

In terms of a live performance you don’t really need anything other than this:
youtube.com/watch?v=RxXWqw-zfMg

It would have been difficult to find better local musical partners for the night:

Alexandr will be setting the night off. Az one of the key organisers of OMOH and Persephone she is one of the most motivating event planners in Budapest, while also, to us, being one of the most exciting DJs around:
soundcloud.com/lxndrvn

And who else could match the vibe levels Dan is going to leave the decks on than the daddy of disco himself Soundbank. Next to his sets we have been enjoying his parties as a part of Designer Drums and Decentralizált Pálmafák, and have been bobbing our heads to the house and disco edits of his label This Is Our Time.
soundcloud.com/sndbnk
soundcloud.com/this-is-our-time

This is looking out to be a special one!